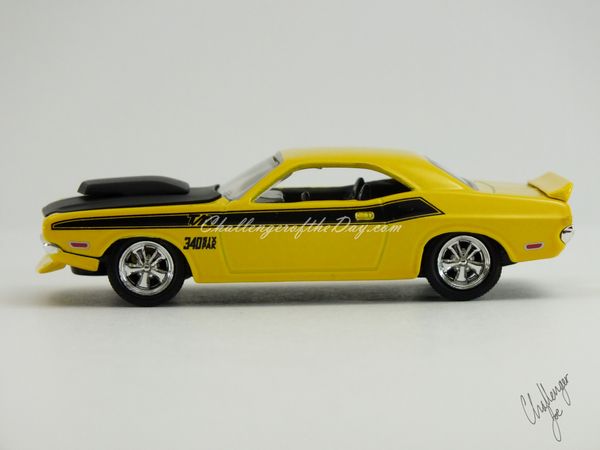 Description on box: "A response to the Mustang and Camaro, Dodge released the Challenger as its pony car. But the lithe body frame separated it from the competition. The design had been created back in 1965, with the first prototypes released in '68. Customers could choose from 9 types of engines, with the top of the line being the 426 Hemi. The public instantly responded to this car and 80,000 sold in the first year alone. But the press criticism of pony cars took its toll and production ceased in 1974 after just a 5-year run. Today the 1970 model is one of the most sought-after muscle cars."

One of the nicer Hot Wheels Challengers, this one even has the bottom nicely detailed. A real Yellow T/A 340 Six Pack would be hard to come by these days. If it weren't for Hot Wheels that is!