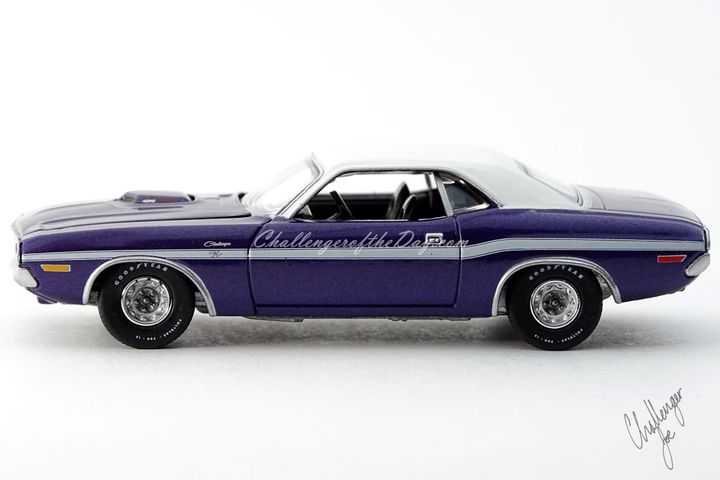 This Challenger of the Day is a very special Plum Crazy 1970 R/T with a 426 Hemi and Shaker hood. Like many, this is the Challenger of my dreams. Not sure where to begin...Every Challenger is special to me. Every scale, every detail, Everything Challenger for me!

Auto World's release of the July 2011 Hemmings Muscle Machine cover page Challenger has some really fine details. There are Chrysler and Dodge logos all over this sparkling purple Challenger. The paint reminds me of the sparkles I used to sprinkle on Elmer's glue as a kid. Sparkles everywhere! From the realistic wheels on a detailed frame to the white 'vinyl' roof this car has a lot to boast about. I could go on and on about the really cool R/T emblem on the front grille, the Muscle Machine license plate, or the body length white stripe. Oh, and don't get me started on the 426 Hemi. Because the real stand out here is definitely the Awesome Shaker hood! It clangs neatly in place with an alignment that is not often seen at 1/64th scale.

There is just something about a Shaker hood. I know a lot of people who, like myself, love the Shaker Hood! Thankfully Ken Mosier is one of these people. He restored the Original full sized car that has won many trophies and appeared on the cover of the July 2011 Hemmings Muscle Machine magazine. His attention to detail is certainly what makes him the Best of the Best when it comes to Challenger restorations/re-creations. Check out the links below to see what he had to work with to make this dream car a reality. Also check out the Auto World release to make this dream car a part of your reality!

The Hemmings article by Mike McNessor is a testament and tribute to Dodge, Hemi, Challenger and the work of Ken Mosier at The Finer Details. Please read the full article. If you love Challengers you will love this too.

Quotes below are from the July 2011 Hemmings Muscle Machines article.

"As the prices and popularity of Hemi 'Cudas and Challengers continue to soar, it's easy to forget that these machines were once considered the automotive equivalent of a sawed-off shotgun.

Dodge knew full well the reasons that people bought Hemi Challengers, which is why the company only offered a six-month warranty on the elephant engine.

"It takes courage to specify the Hemi option in a Challenger," wrote Road Test magazine in its June 1970 edition.

"If brute power over all other considerations is your forte, the Hemi is still boss on the street, and if you'll note what most people put under a supercharger in Top Fuel Eliminator, it's boss on the strip as well."

These days, Ken Mosier's 1970 Hemi Dodge Challenger R/T is a car-show trophy magnet rather than a drag strip brawler, its most recent win being the Goodguys/Hemmings Muscle Machines Muscle Car of the Year award."

Thank you Dodge. Thank you Hemmings and Mike McNessor. Thank you Hub Garage and Road Test magazine. Biggest THANK YOU to Ken Mosier and everyone at The Finer Details for the story behind this Challenger of the Day.

"Everyday brings new Challengers. At least that's how I heard it."

Check out the other photos of this AWESOME Dodge Challenger. Auto World 1970 Dodge Challenger R/T 426 Hemi Shaker Plum Crazy. Click on any of the images below to open them up in a slide show viewer. 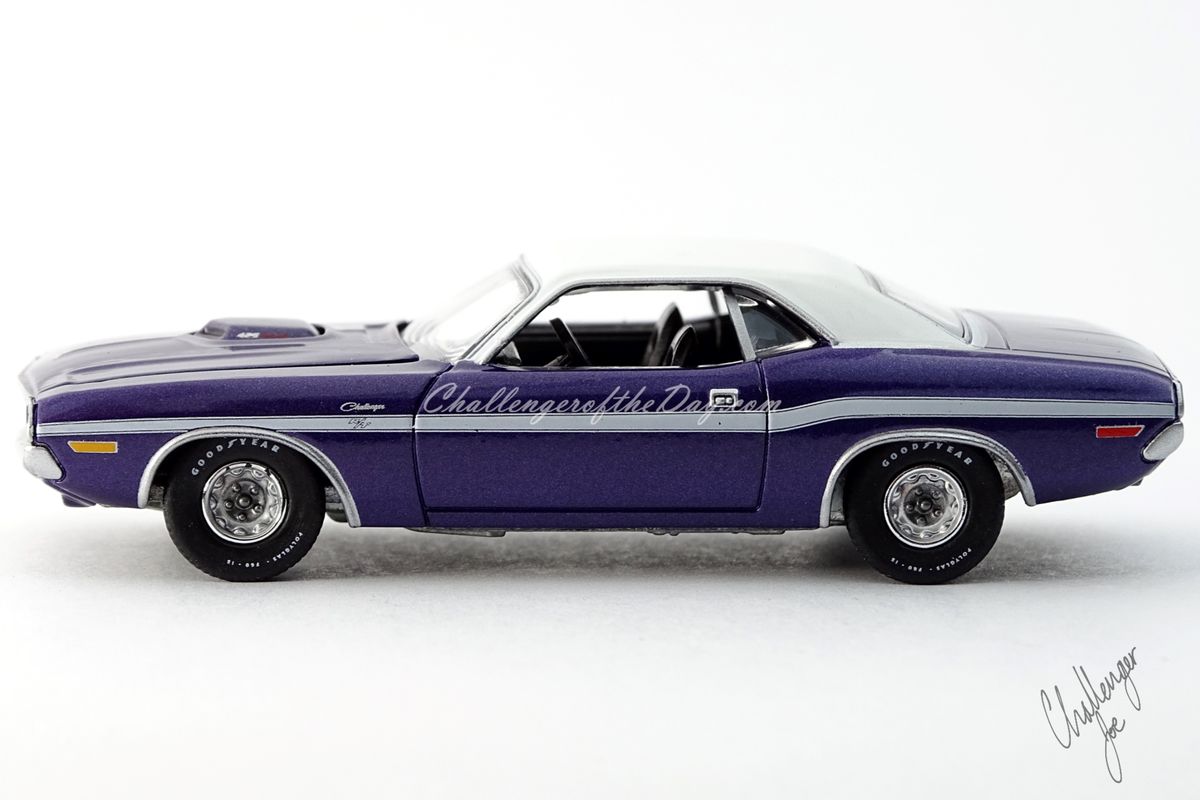 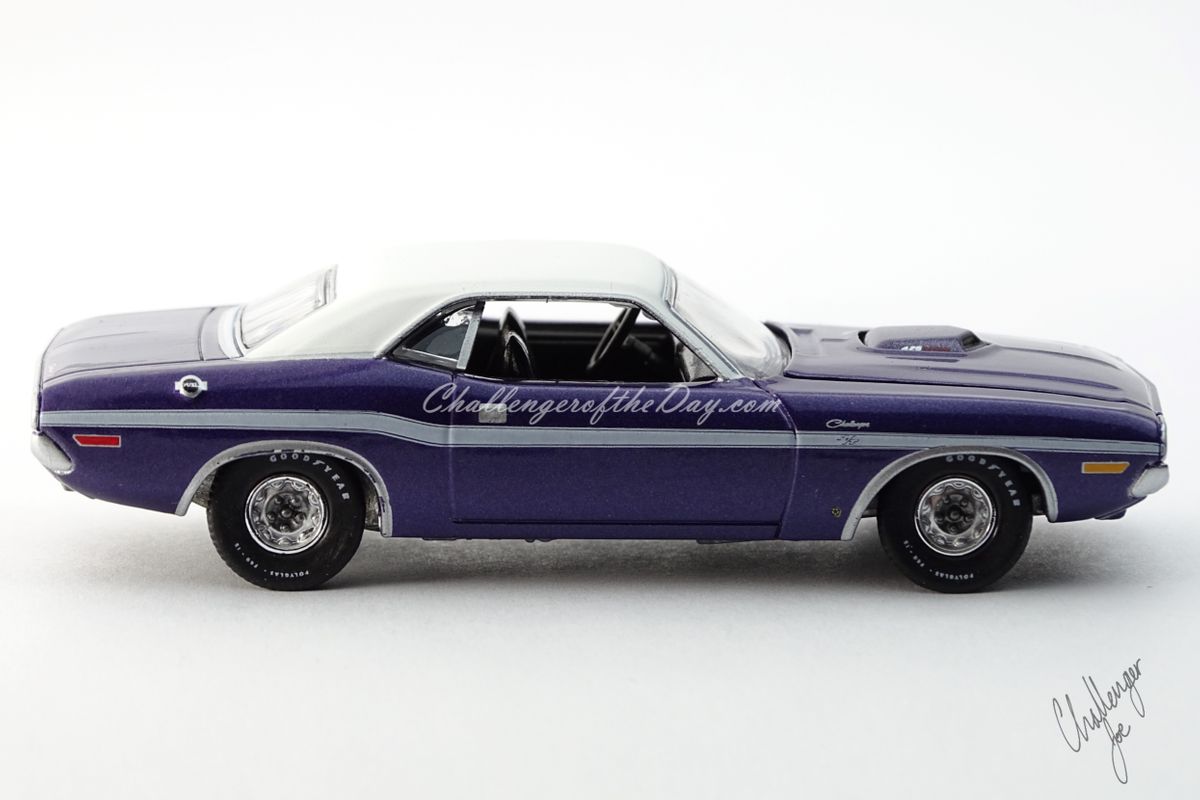 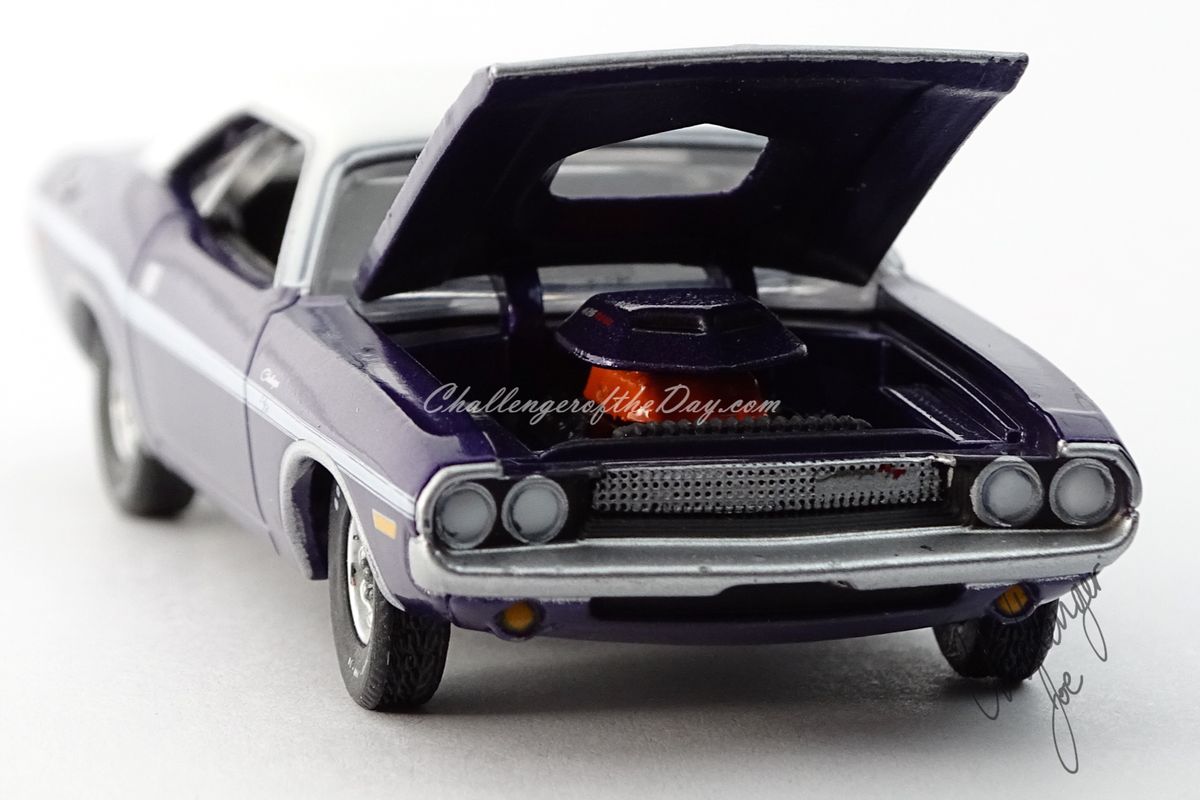 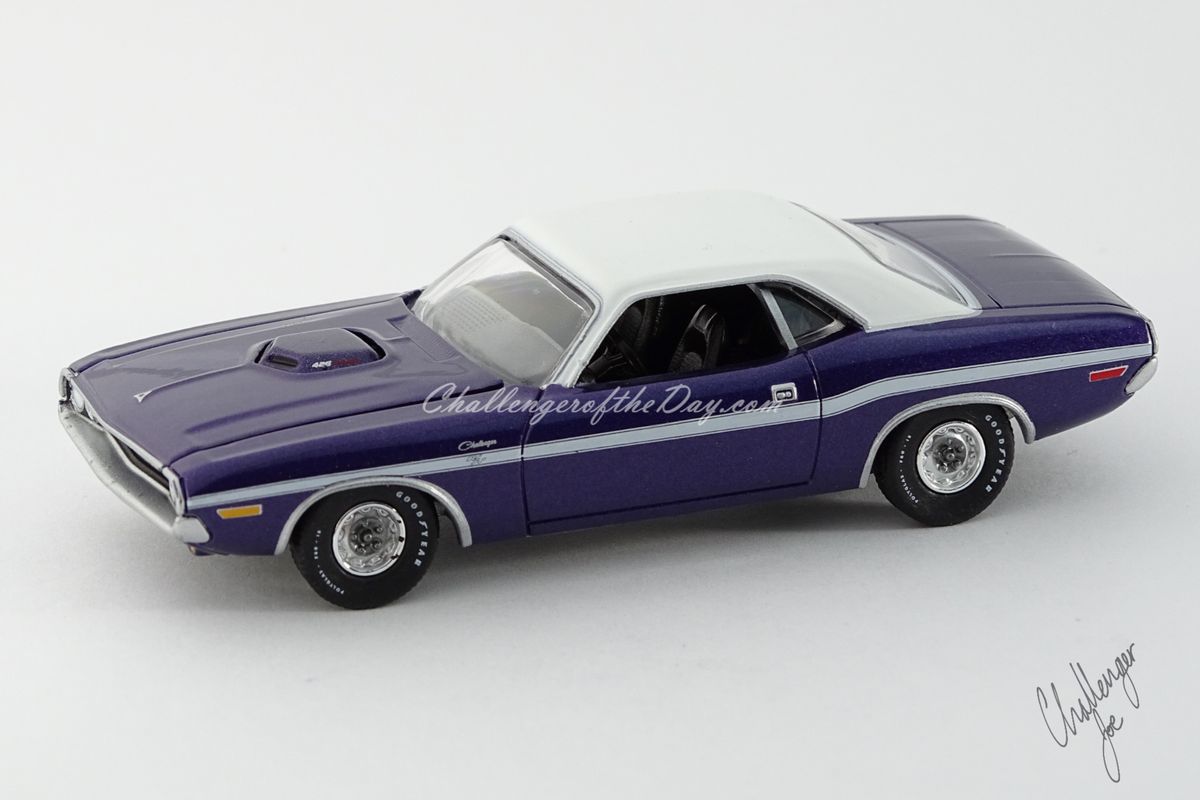 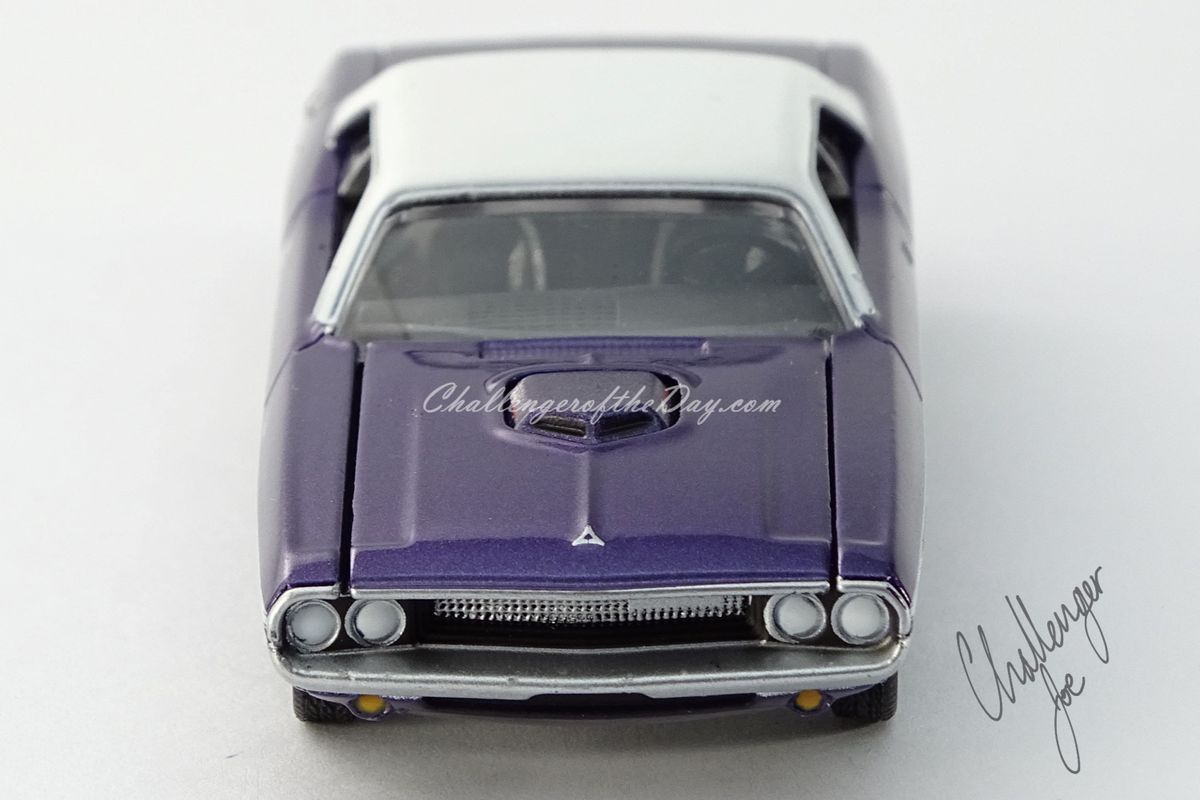 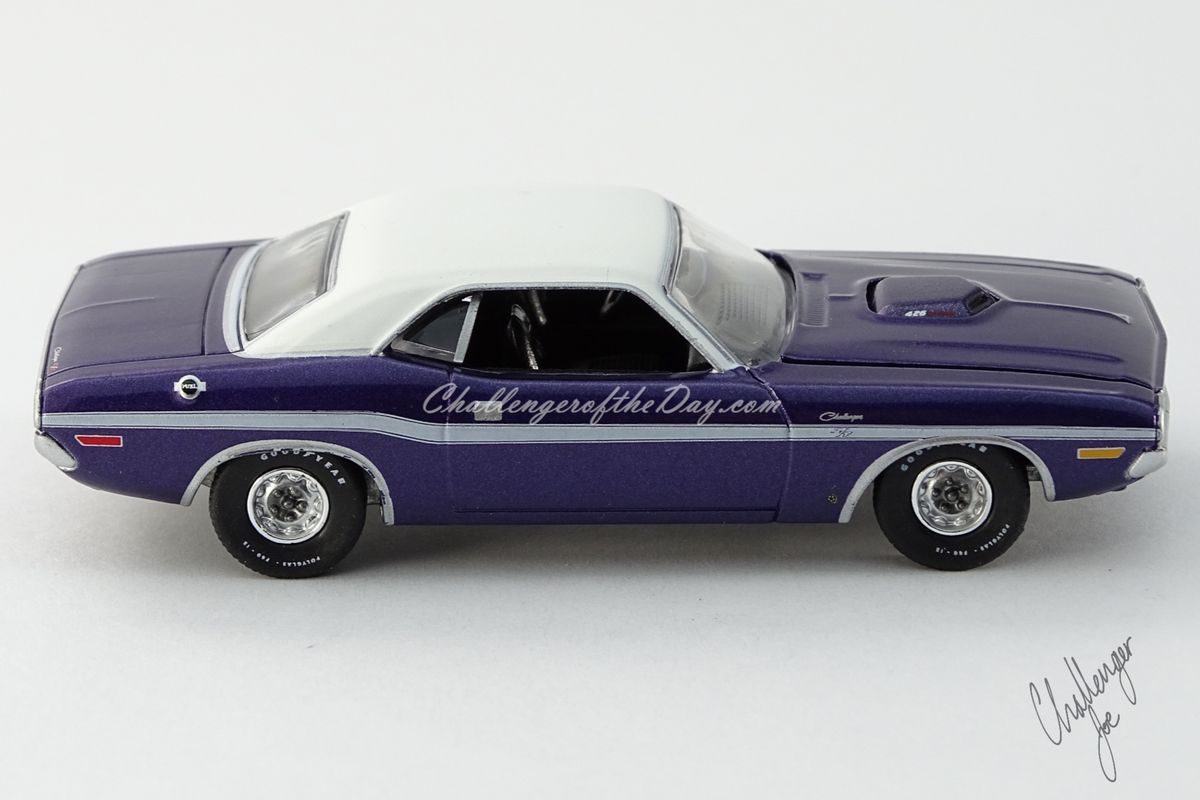 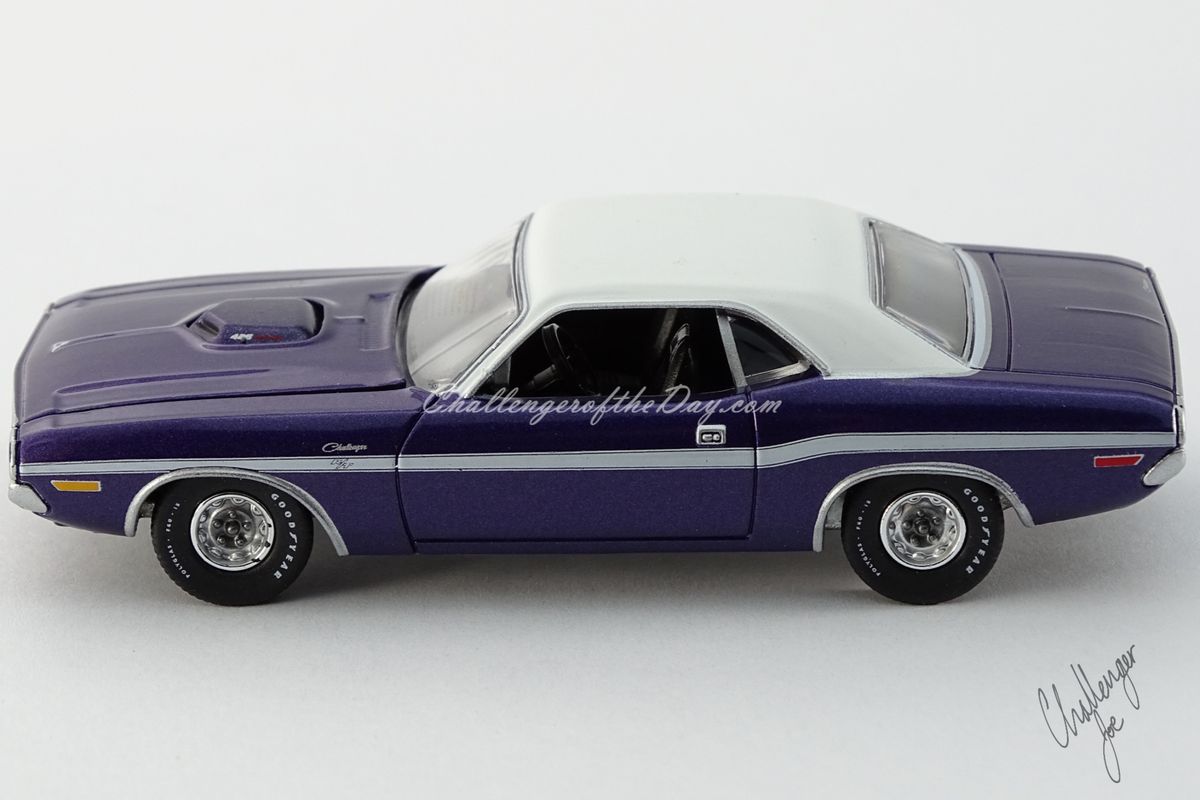 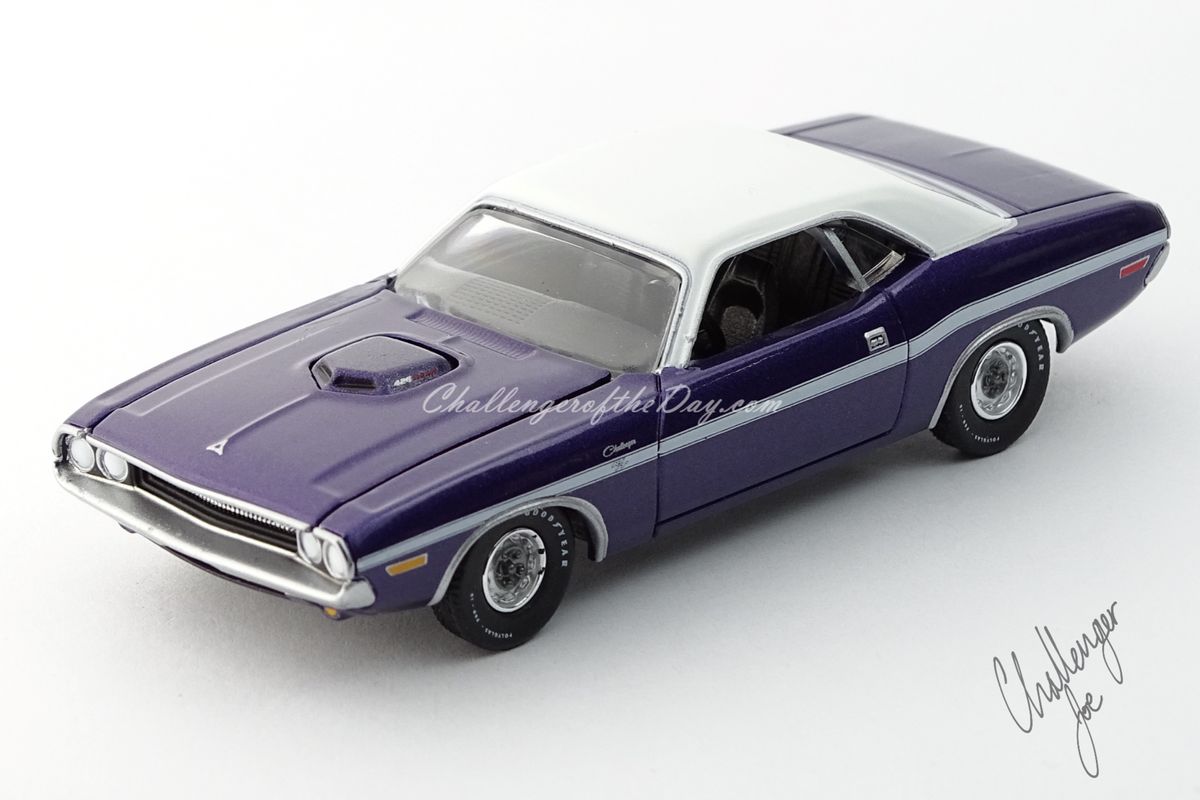